2Write for writing and editing

See galleries below for the launch of Pip’s latest book, Song for Rosaleen, Pip and Pat’s life in Timor-Leste, and the parliamentary launch of Pip’s second book, The War That Never Ended: New Zealand Veterans Talk about Korea.

Song for Rosaleen was launched at Unity Books in Wellington in April 2018 in front of a big crowd of family and friends, and Hastings Library a week later.

Pip listens to the speakers

Pip’s brother Matt commends her on her perseverance, compassion and writing.. 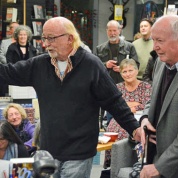 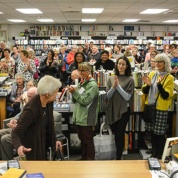 The book is launched to great applause. 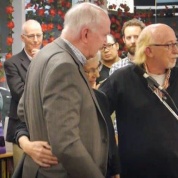 Rosaleen’s brother Des and her cousin Laurette meet after many years. 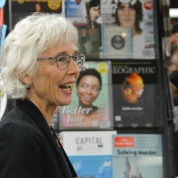 Pip thanks everyone: ‘It takes a village to raise a book.’ 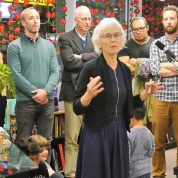 Pip’s family support her while she speaks. 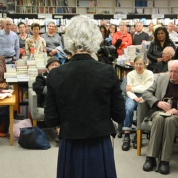 Pip reads from her memoir

Tasi, Gloria and other guests listen to the speeches

Small jars of Rosaleen’s tamarillo chutney to give away

Pip signs books while Marion Castree and Jacqui Brokenshaw attend to the complete sell-out of books on the night. 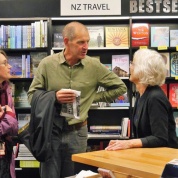 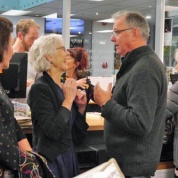 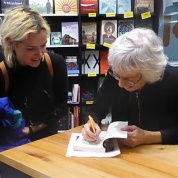 Pip signs a book for Matilda Newland, a fellow singer in the Wellington Community Choir.

Pip’s sister Rose and her whanau enjoy time with Des 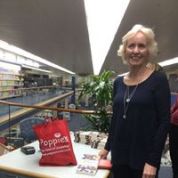 Pip’s sister Liz, organiser of a local launch of ‘Song for Rosaleen’ at the Hastings library.

Guests at the Hastings launch

Horiana Nuku and Matt at the Hastings Library launch 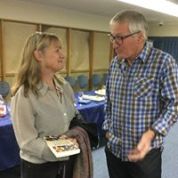 Read about our Timor experience in our blog Dili Dally. We returned home to New Zealand in April 2015 after two years on a VSA assignment mentoring Timorese in communications skills and teaching creative writing  (click on the photos to enlarge and for captions).

Pip at the launch of her book on creative writing, the first such guide ever published in Tetun. 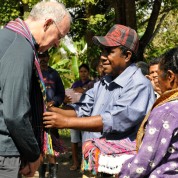 Pat is presented with a tais at a ceremony to open a new water system. 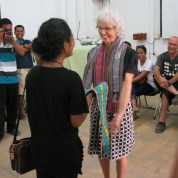 Pip is farewelled by students at Timor’s national university where she coordinated a programme of free English classes.

Pat worked alongside World Vision workmate Mateus (pictured) and other staff to show them communication skills ranging from story writing to web publishing and photography.

You have to be an all-rounder in Timor. Here Pat uses his rented 4-wheel drive to help pull a truck out of a ditch.

Pip exercises her negotiating skills in the Maubisse vege market. 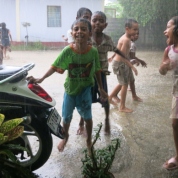 Children in front of our house celebrate the monsoon rains arriving after four months of no rain.

Pat chats with a local in the inland town of Maubisse.

We got around Dili on our trusty Honda Scoopy – a great way to travel in the warm tropical air.

A pre-Christmas celebration with other Kiwi volunteers in Dili.

Sharing a joke with local lads at the south coast town of Suai.

Pip made new friends at a tree-planting ceremony in the eastern district of Bobonaro.

Pip’s book, The War That Never Ended, was launched at Parliament on 5 March 2013. Veterans Affairs Minister Michael Woodhouse, Ministry for Culture and Heritage chief historian Neill Atkinson and Pip addressed a large gathering of Korean War veterans and their families, RSA members and Defence Force personnel (click on the photos to enlarge). 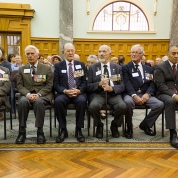 The veterans wait for proceedings to begin 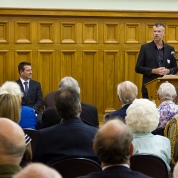 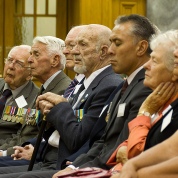 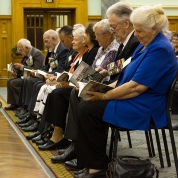 Veterans and families have a first look at the book 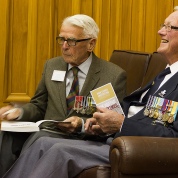 Veterans and families with Minister Michael Woodhouse and Pip

A good size gathering at the launch

John Christophers receives his book from the Minister

Book signings by the author